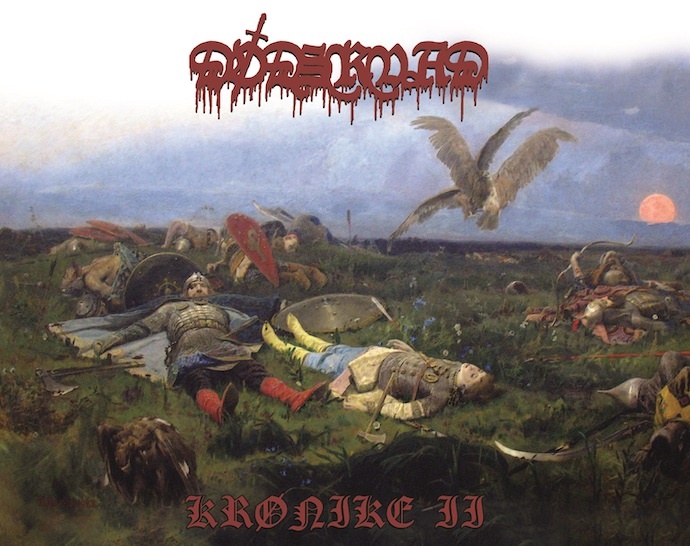 With Krønike II, now set for a January 20 release by Caligari Records, the Norwegian death metal band Dødskvad continue on the journey through the old legends of their homeland which they began on Krønike I in 2020. Founder E.R. (Desolation Realm, Stygian Ruin) is still at the helm, joined by members of Obliteration and Sovereign (among other bands). Taking their inspiration from Norse myths, they’ve compiled four tracks, and they introduce the soundscapes with these words:

“In the midst of bloody battlefields; through thundering heavens; on the outer branches of the world tree; within the deep caverns beneath the roots. Across a blackened land, fate strikes dissonant chords.”

Dissonance does play a role in these songs, along with other ingredients that make them disconcerting. But every song is multi-faceted in ways that constantly will keep listeners on their toes — and rock them back on their heels, with heads spinning. True to the inspirations, the music also sounds otherworldly, manifesting strange and often terrifying visions, a changing pattern of cold dread and crazed exhilaration. END_OF_DOCUMENT_TOKEN_TO_BE_REPLACED