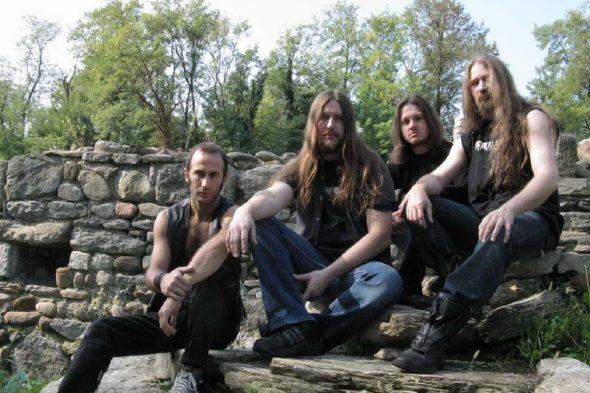 (Greek writer John Sleepwalker returns  to NCS with an in-depth interview of Deathmaster, frontman of Italy’s DoomSword, shortly before their appearance at Greece’s Up The Hammers Festival. Themes in the interview span the band’s entire epic metal career, as well as the status of DoomSword’s work on a new record. A Greek version of this interview originally appeared at Avopolis.gr.)

DoomSword haven’t released a new album since The Eternal Battle (2011). A wait that has been quite long, I must say. When should we expect the new opus? Have you been writing/rehearsing any new material?

Hi John, I hope you are well. To your first question I can answer that I do not have a precise timeline for the release of a new album, but works are underway. The guys in Italy are rehearsing and I am continuing with the songwriting. Therefore, I expect that completing the album is a matter of months. As for the long absence: I had in fact an album ready (and enough ideas for 2 albums, I would say), but if you let compositions sit for a while, then when you go back to them, you may feel dissatisfied with what you had. It may be because your mind has evolved, or because you are not in the same mood and want to express other emotions on your next album. Either way, what you have is unsuitable. END_OF_DOCUMENT_TOKEN_TO_BE_REPLACED