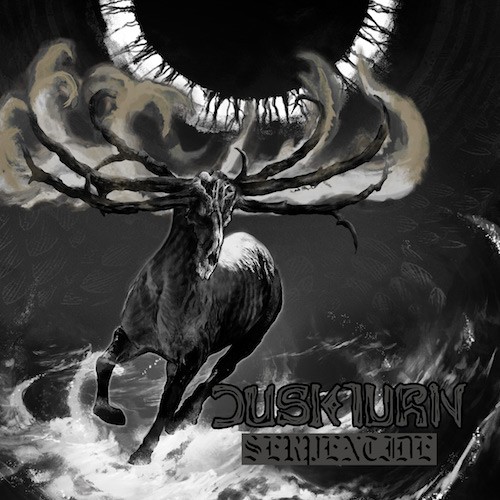 The Croatian band Duskburn have latched on to a winning formula, but it’s an unusual and unusually gripping one, a kind of alchemical sorcery that combines disparate ingredients to produce powerful (and disturbing) effects on their listeners. Duskburn’s new album, which is the culmination of a decade-long stylistic evolution, is called Serpentide. It’s being released today as a digital download by Cimmerian Shade Recordings, with a tape release planned in the near future, and to help spread the word we’re premiering a full stream of the record today.

Duskburn first took shape in 2006, but the shape of their sound has changed over the course of a debut album in 2009 (Soldering the Seven Streams) and a quartet of EPs released from 2010 through 2013. Over those years, the band moved from an early manifestation of death metal in the direction of sludge and doom, but this new album embraces an even more atmospheric and much more mercilessly vicious take on what they created with their last EP. These are the colossal, high-intensity sounds of mortifying catastrophe. END_OF_DOCUMENT_TOKEN_TO_BE_REPLACED