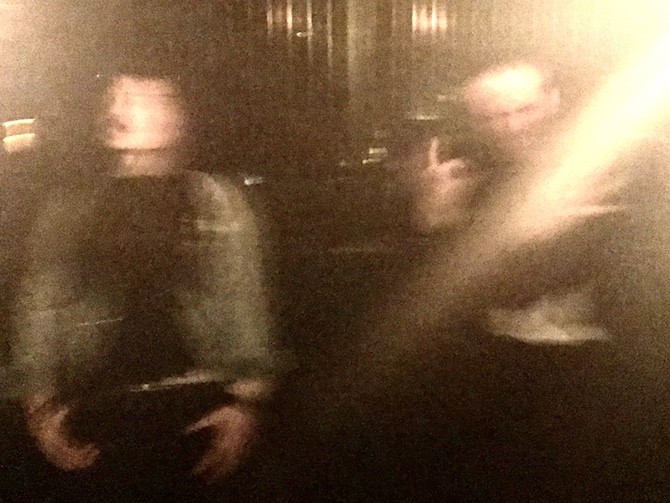 A long and winding road lies behind the song we’re about to premiere, the name of which is “A Blaze In the Aeon Sky“. It’s the first single from a forthcoming five-track EP entitled Apocalypse Horizon by DZSTRKRFT (pronounced “Disaster Craft”, for those willing to buy some vowels).

DZSTRKRFT is the solo project of Los Angeles-based musician roycifer, and he’s joined on this song by vocalist Jason Spawn. Both of them were at one time bandmates in the symphonic black metal band Sanctus, whose debut album Aeon Sky was released 18 years ago by Metal Blade. DZSTRKRFT was hatched much more recently — only four years ago — but its first releases didn’t conform to the original concept for the band. It was conceived as a black metal project, but until now the music has been electronic and experimental, more inspired by acts like Godflesh and Scorn, mixed with the influence of electronic artists such as Atari Teenage Riot and Daedelus. END_OF_DOCUMENT_TOKEN_TO_BE_REPLACED