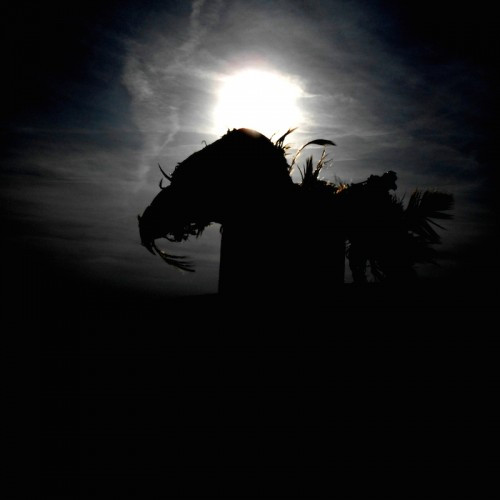 According to Metal-Archives, UK-based Emit put out its first demo in 1998, and almost every year afterward the band released something new — demos, splits, an EP, an album — until 2007, when things went dark. Five years later Emit surfaced with another album-length demo, Spectre Music of an Antiquary, and an altered sound. It was a very limited cassette release brought forth by Glorious North Productions.

Fast forward to 2014: Crucial Blast Records plans to re-issue Spectre Music in remastered form later this month as both a digital download and in digipak format, with the new cover art you see above. To help spread the word of this event, we agreed to premiere a song from Spectre Music named “Beneath Carvings Linger”.

The cover art could hardly be more fitting, given the sounds on “Beneath Carvings Linger” and on the album as a whole. That’s not to say that all the songs are cut from the same cloth — they aren’t — but one constant is the sense that you’ve left the physical world and have been set drifting in a black ether inhabited by phantasms. END_OF_DOCUMENT_TOKEN_TO_BE_REPLACED