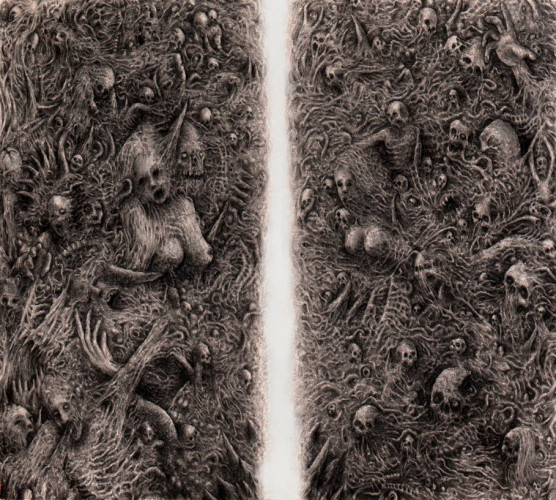 In February of this year I received an e-mail from something called p2omerta alerting us to the impending release of a self-titled album by a band named Encenathrakh, with a link to a song on Soundcloud named “Ngthra” —  and these words:

“The truest essence of unhinged BRUTALITY.
Enmity, Total Rusak, Cancerbag, Last Days of Humanity, Indonesia –
step aside for the universe’s most ignoramus release ever.

“NO TRIGGERS. NO LYRICS. NO BASS. NO HOPE.
1000% Technical Guttural Supremacy”

Did I follow up? No I did not. I don’t know why. In fact, I’m not even sure I saw the e-mail. But I found it yesterday after receiving a much more recent e-mail from Tom H. — he apparently sent a similar e-mail to MetalSucks, who jumped on it faster than I did. But I’m all over it now, and here’s why: END_OF_DOCUMENT_TOKEN_TO_BE_REPLACED