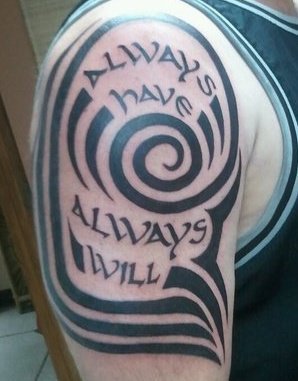 (Rev. Will’s interview series focusing on metal bloggers and metal print journalists continues today with Erik Thomas, one of the founders of Teeth of the Divine.)

Finding a part-time metal writer with a day job that freakin’ deals with the law is like fantasizing about the existence of a zealous Christian pastor who has an obsession with researching about witchcraft—it is just a combination that comes off as extremely unlikely and weird to many. Well, such a weird occurance does exist.

A law enforcer by day, and a metal writer by night, Erik Thomas is not only one of the founders of Teeth Of The Divine (one of the Internet’s leading metal e-zines), but an ex-contributor to the now-defunct Metal Maniacs magazine and a current writer for Hails & Horns magazine as well. He has a family to boot! It’s just so cool when Papa writes about metal, isn’t it?

From his Missouri dwelling, the fervent devourer of traditional Swedish death metal sheds some light on the workings of Teeth Of The Divine and some of the social stigmas of metal—a topic banally discussed on various metal and non-metal news media during the days of yore.

Also, he is one of the last few surviving robots from the same batch as Islander, only with much more than a head missing than our benign NCS editor. Both of them may be old, but check out their cool arm tattoos! A legacy of and testament to their robotic past (perhaps they are cyborgs now), these unique markers were originally meant as identifiers, something very much akin to a barcode. Luckily for them though, they are fashionable statements now that just scream “Hot geezer alert!”. END_OF_DOCUMENT_TOKEN_TO_BE_REPLACED