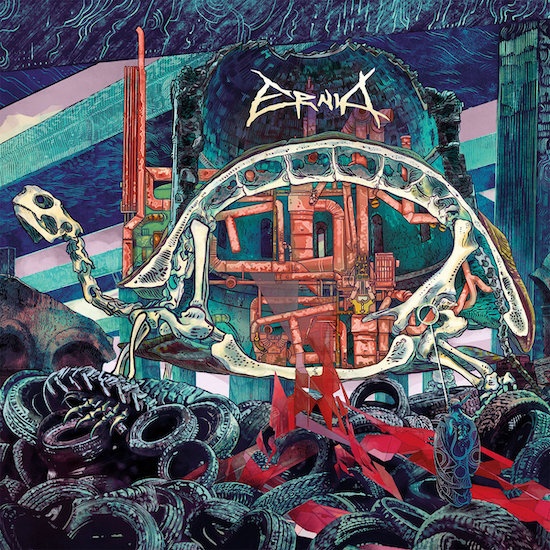 The Spanish band Ernia made a concept album about feeling bad. The full title is How to Deal with Life and Fail: A Guide to Self-Improvement That Doesn’t Work in the Slightest. Does that idea sound depressingly (but also hilariously) familiar?

With that as its concept, how does the album sound? Well, take in the cover art by by Xabier Sagasta, and consider that Ernia‘s lineup includes two members of Wormed, and you’ll have a couple of good clues.

“Grindcore” might be the easy genre choice, but it’s an inadequate descriptor. Ernia are certainly capable of laying a high-speed barrage of cathartic destruction on you, but they’re even more interested in giving you a head-spinning adventure in every track, with an approach to songwriting and execution that’s intricate, unpredictable, ecstatic, and every bit as wild and colorful as the artwork.

As proof, we give you a first listen to the song “Helium-3“. END_OF_DOCUMENT_TOKEN_TO_BE_REPLACED