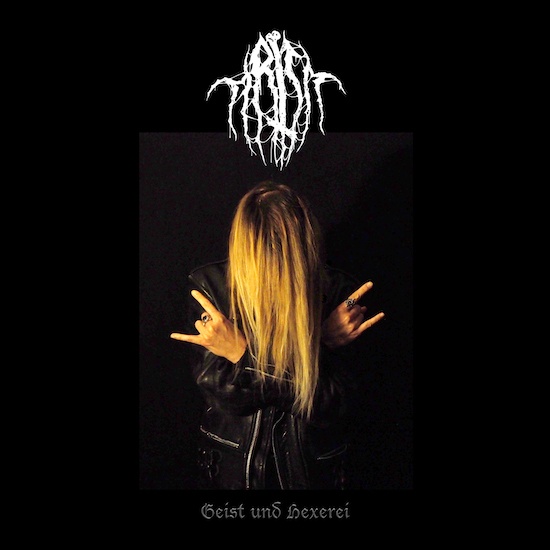 The plague year 2020 was the year that gave birth to the Swiss black metal band Ernte, but the pair who gave it life were not newcomers. V. Noir, who became the main songwriter and guitar player (and was also responsible for recording and programming), had spent almost 20 years creating dark ambient music, photography, painting, and graphic art. The other member, Witch N. (vocals, bass, violin), had played bass and violin in the doom band shEver (2003 – 2012, Svart Records / TotalRust Music) before she started as front-woman in the Swiss black/doom band Ashtar (since 2013, Eisenwald, Throne Records).

Through Ernte they set about to invade the darker side of their listeners’ souls, drawing inspiration from the contemplation of ancient spirits as well as cold and barren landscapes, and the results have been captured in a debut album named Geist und Hexerei, which will be released by Vendetta Records on December 3rd.

What we have for you today is a video for an album track named “the ending void” that’s equal parts enthralling and intensely unsettling. As the band themselves tell us, “‘The ending void’ is maybe the darkest song on this album – it finally leads to the absolute nothingness, narrated by the last human being on earth”. END_OF_DOCUMENT_TOKEN_TO_BE_REPLACED