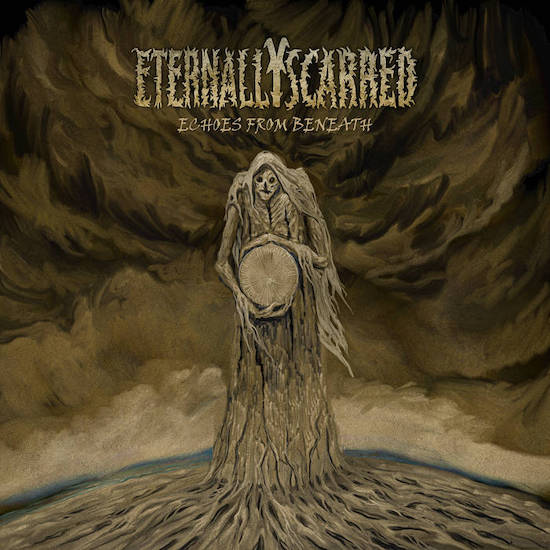 For those of you, like us, who haven’t previously encountered the one-man Armenian project Eternally Scarred, we’ve got what we think will be a big and welcome surprise for you today. The surprise comes in the form of two songs from Eternally Scarred‘s new album Echoes From Beneath, one that previously surfaced and one that we’re premiering today.

The songs are surprising in a couple of respects. The first is that the band has branched out from the stylistic markers of its debut album …Of Wisdom, which led Metal-Archives to label the music Melodic Death/Doom Metal. Those labeled ingredients are still a part of Echoes From Beneath, but there’s now even more going on in the songs, and the ways in which they take new forks in the path are thrilling (and kind of head-spinning).

The other surprise, for those of us who are encountering Eternally Scarred for the first time, is just how “muscular” and hard-hitting the songs are, how well-constructed and “catchy” they are, and how frighteningly intense the vocals become. Make no mistake, these are often grim and moody beasts, and capable of harrowing your souls, but they’ll get your pulse pounding too. END_OF_DOCUMENT_TOKEN_TO_BE_REPLACED