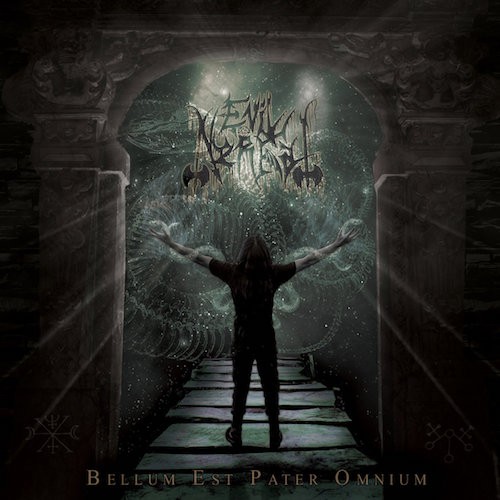 We’re now slightly more than three weeks away from Christmas, and really, what says Christmas better than a reverent ode named “Fuck Off Jesus Christ“?

No doubt this song will ring from the PA systems of churches near and far and quickly become part of the caroling playlist of shopping malls and elevators. People “in the know” say that the Bible-thumpers who control our own U.S. Congress are planning to make it part of the introduction to their prayer breakfasts. Humble pilgrims trekking to see the face of Jesus miraculously formed by a donkey’s puckered asshole will have it in their heads as they put one foot in front of the other toward the barnyard shrine.

Well, not really. But we can dream, can’t we?

“Fuck Off Jesus Christ” may not fill the air waves in churches, malls, or make-shift shrines to imagined miracles, but it’s a damned good song that will pleasure your earholes. It comes from an album named Bellum Est Pater Omnium by the Colombian black metal band Evil Nerfal, an album that will be jointly released on January 9 by GrimmDistribution (Belarus) and Morbid Skull Records (El Salvador). END_OF_DOCUMENT_TOKEN_TO_BE_REPLACED