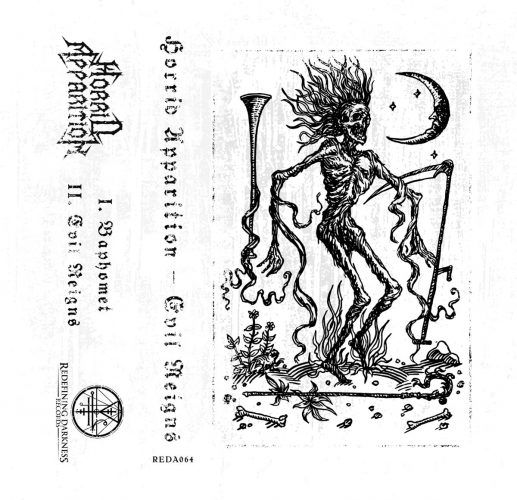 Evil Reigns is the name of the two-song debut demo by Horrid Apparition, whose two members are also involved in the old school black metal band DungeönHammer (their debut album Infernal Moon was released last year). Redefining Darkness introduces the new demo with references to the likes of Midnight and Hellripper. END_OF_DOCUMENT_TOKEN_TO_BE_REPLACED