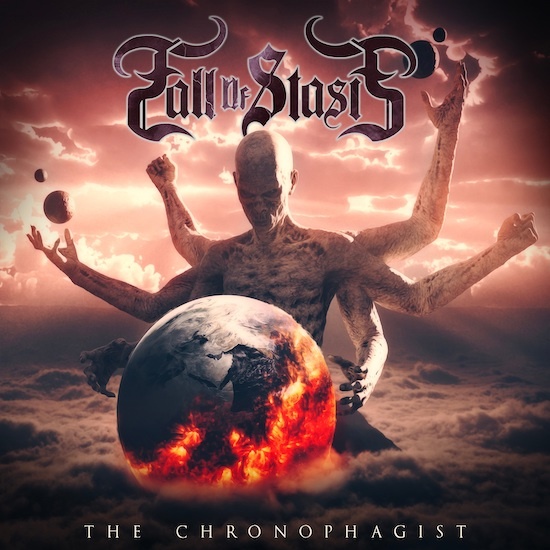 The Montreal band Fall Of Stasis originally formed in 2014 with the intention of creating original music that couldn’t be defined by a specific genre, and in that they surely succeeded, as abundantly demonstrated by their forthcoming debut album The Chronophagist which will be released on February 25th.

We’re told that all the band members bring different influences to the table, and that all of them had creative input into every song, resulting in considerable variation from track to track and a melding of styles that include death metal, black metal, prog, and folk metal.

Such an eclectic approach has its obvious benefits in terms of attracting and maintaining the interest of listeners, but it also means that a single song premiere isn’t likely to provide a completely representative snapshot of the 50-minute album as a whole. Nevertheless, a single song premiere is what we have for you today, and although it’s a compact offering, it still gives you vibrant hints of the band’s eclectic creativity. The name of the song is “Baal Arise” and it’s presented through a demonic lyric video. END_OF_DOCUMENT_TOKEN_TO_BE_REPLACED