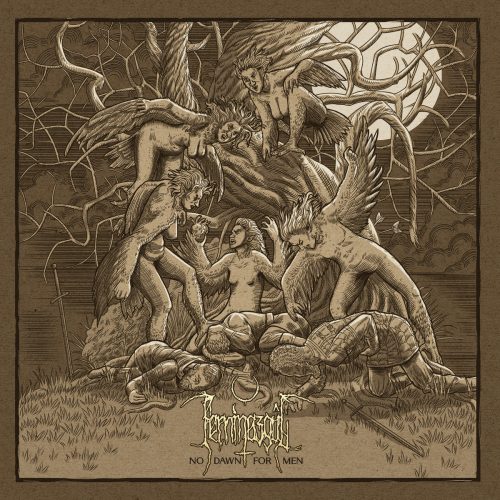 (Here’s Andy Synn‘s review of the new album by North Carolina’s Feminazgul, which was released on March 17th.)

For one thing, our tendency to bend over backwards to excuse or justify something reprehensible which our favourite artists have done, purely because of how good their music is, has always struck me as pretty distasteful (and I’m not excusing myself from this either, as I’ve certainly done it in the past).

But, similarly, the idea of simply praising a band for having the “right” ideology, for saying the “right” things, doesn’t sit quite right with me either, and I’ve seen far too many instances recently where people seem willing to overlook a band’s relative mediocrity simply because they’ve got the “right” message.

Don’t get me wrong, a band’s message, a band’s meaning, can be just as important as their medium (though it doesn’t have to be), but I don’t think, with the wealth of options available to us all these days, we should feel like we have to sacrifice one in favour of the other.

Which brings me, smoothly, to Feminazgul (FYI, love the name), a band whose music and meaning is so tightly interwoven that there’s simply no question of separating the art from the artist. END_OF_DOCUMENT_TOKEN_TO_BE_REPLACED