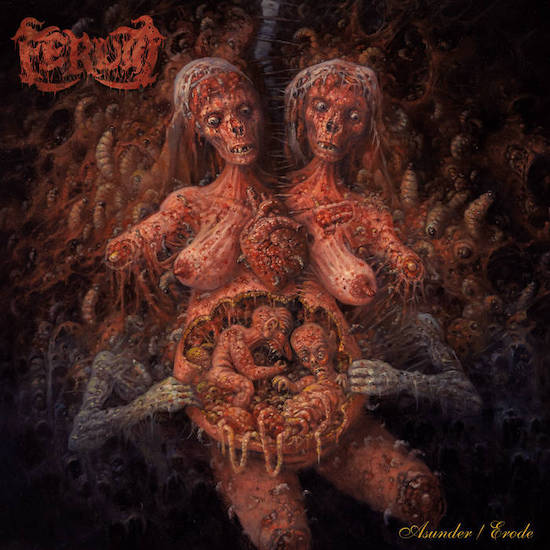 All fans of extreme metal know that Paolo Girardi is a painter who is capable of creating an extensive range of scenes and visions, albeit with a style that’s always immediately recognizable. What he has done for the cover of Ferum‘s debut album is a particularly ghastly and hideous visual nightmare. You can’t look away from it, though you might want to, and it’s hard to forget, try as you might. The question quickly presents itself: What will make your blood run more cold, that image or Ferum‘s music?

You’ll come to your own conclusion today, because we’re presenting a full stream of this debut album in advance of its August 19 release by Avantgarde Music / Unorthodox Emanations. The album’s name is Asunder / Erode. END_OF_DOCUMENT_TOKEN_TO_BE_REPLACED