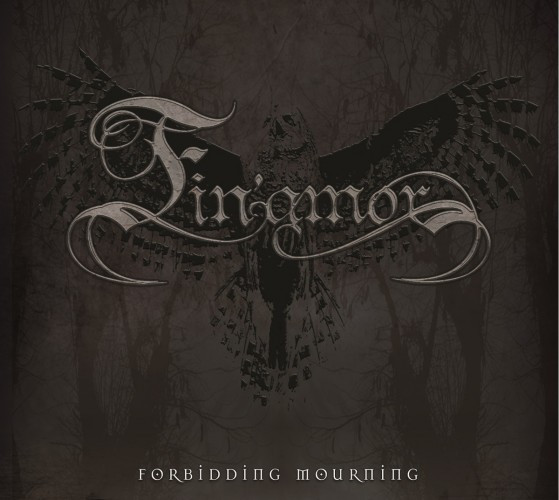 Fin’amor are a New York City band founded in 2008, and their debut album Forbidding Mourning is set for release on July 7. In this post you will find the premiere of a full stream of Forbidding Mourning along with an interesting interview of the band’s guitarist Julian Chuzhik that sheds light on the band’s history as well as the musical and lyrical ideas reflected in this new album.

Fin’amor’s members come from a variety of musical backgrounds, and the seven songs on Forbidding Mourning reveal a rich tapestry of interwoven styles. As Julian Chuzhik explains in the accompanying interview:

“I think it would be fair to say that we play doom-influenced death, just as much as it’s fair to say that we play doom-influenced ’90s pop or goth or classical; I think all the opinions could be valid. We don’t want to tell someone that you can’t like our music because we only cater to doomers or the death metal crowd or whoever. We all have very different musical backgrounds, but find common ground in the music that we make. In the end, I guess all that matters for us is that we write mostly down-tempo riffs.”