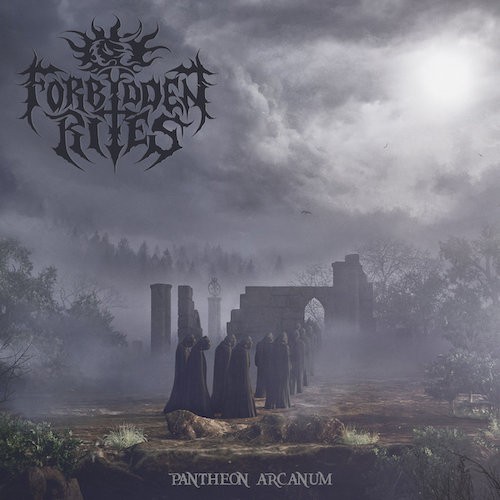 A twenty-year gestation produces an unusually long wait for a new musical offspring, but in the case of Forbidden Rites it has produced some unusually good new music, rooted in the era when the early seed was planted but benefitting from the passage of time as well.

Under a different name, the band was first begun in 1996 by Mexican guitarists Carlos Martinez and Raúl Campos and drummer Hugo Olivos (Vomitile, ex-Inhearted), but two decades would pass before the band came back to life, this time joined by longtime friend Vlad Marin (ex-Xiuhtecuhtli) on vocals and bass. The results of their collaboration are encompassed by a debut album of black/death metal named Pantheon Arcanum, and in the run-up to its release by GrimmDistribution on November 7th, we’re premiering a track named “Judgement“. END_OF_DOCUMENT_TOKEN_TO_BE_REPLACED