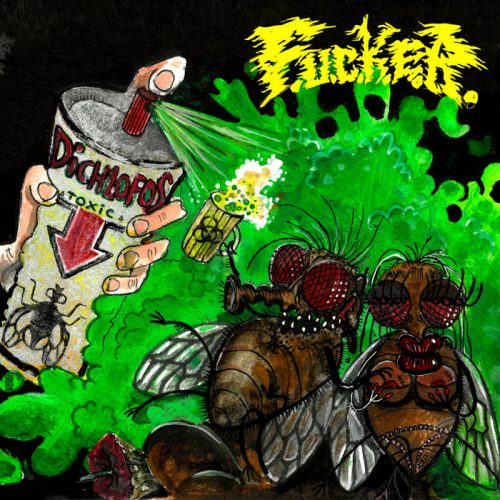 As historical artifacts go, the forthcoming compilation of music by the Russian band Fucker (entitled Dichlofos) is an un-earthing of sounds that’s unlikely to generate global headlines. It may be immediately meaningful only to a collective of nostalgic Russian fans, but though I knew nothing about Fucker before being introducing to this new comp, I’m still getting my own feelings of nostalgia from the music, and so agreed to make this premiere today.

Fucker’s music is sometimes pretty far off the usual beaten paths at this site. The vocals do get harsh, but mainly consist of singing in the tracks we’re presenting, and those tracks are far more rock ‘n’ roll and old school heavy metal than the kind of extreme stuff we usually spread around. But on the other hand, the songs do pack a visceral punch, and they’re definitely devilish. But before we get to the music, a history lesson is in order, one with its fair share of tragedy. END_OF_DOCUMENT_TOKEN_TO_BE_REPLACED