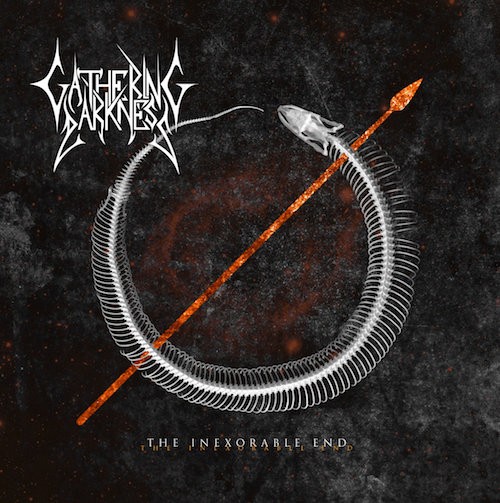 It’s probably a common phenomenon among metal fans to make guesses about a band’s musical genre based on their choice of name. The name Gathering Darkness, for example, might suggest flavors of doom, and when the band first formed 20 years ago, their focus was indeed on a doom-drenched variant of death metal, as reflected in their first demos. But as the years passed, the sound changed, and the suggestion of a dark, atmospheric, doom-centric focus which the name might still convey is no longer reliable.

As the interests of this Spanish band evolved, the focus turned to brutal death metal, but that genre label might itself be a misleading indicator of what the group have created for their new EP, The Inexorable End, which is being released on October 21st in celebration of their 20th anniversary, and which we’re presenting in a full stream today. END_OF_DOCUMENT_TOKEN_TO_BE_REPLACED