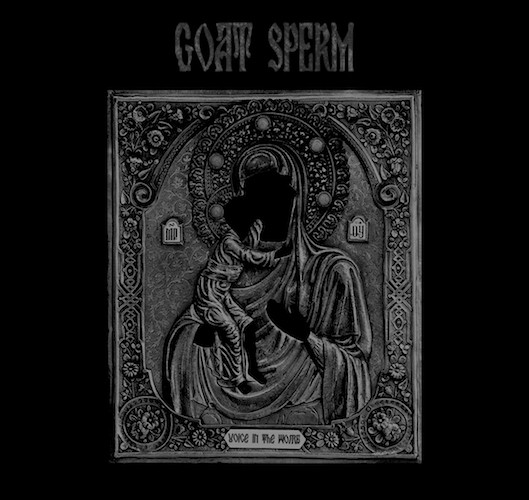 Let’s first deal with the elephant in the room: this band’s name. To some of you it might signify primitive, ear-raping, bestial black metal. For others it might lead to scoffing — derisive presumptions that there will be nothing to take seriously here. Both guesses might be understandable, but both would be wrong.

Having heard, and thoroughly enjoyed, Goat Sperm‘s persistently surprising debut EP, Voice In the Womb, it does occur to me (without any inside knowledge) that there was a streak of perversity at work in this Ukrainian band’s choice of name, and not just for the most obvious reason. I can imagine them chuckling behind their hands, or maybe cackling with devilish glee, over that decision, because of the head-fake that it represents. And part of the reason I make that guess is because the music itself is such a twisted but ingenious experience. END_OF_DOCUMENT_TOKEN_TO_BE_REPLACED