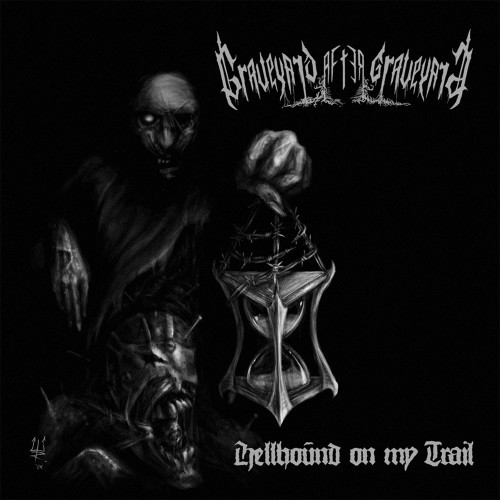 Graveyard After Graveyard combines the talents of Jocke Ringdahl (ex-Paganizer, Sinners Burn) on drums; the ubiquitous Rogga Johansson (Paganizer, Ribspreader, etc.) on guitar, bass, and vocals; and Mika Lagreen (ex-Facebreaker, Grave) on lead guitars and solos. They released a self-titled EP in 2014 and then a debut album last year as well — Bagged and Dragged To A Fullmoon Burial.

But Graveyard After Graveyard have written so many songs that another new release is already on the way. Soon, Chaos Records will be releasing another EP by the band entitled Hellhound On My Trail, from which we are delighted to premiere a track named “Out To Feed”.

There’s a lot of death metal pedigree in those names listed above, but “Out To Feed” goes off in a different direction, albeit one that’s no less nasty and extreme. END_OF_DOCUMENT_TOKEN_TO_BE_REPLACED