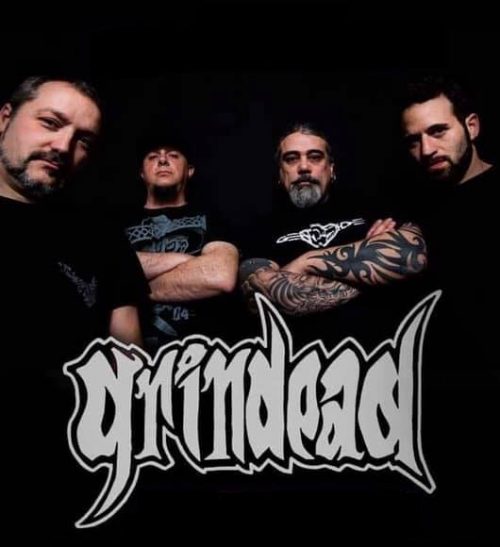 Once upon a time (in 1990 to be precise) a band named Genocide began to claw and gouge a mark in the fabric of Portuguese metal history by becoming one of the first death/grind bands in that beautiful land. By 1999 they had released a trio of demos and two full-length albums (Genocide and Breaking Point), but their second album in 1999 was to be their last release, as the band split up.

In the years that followed, Genocide‘s members participated in other groups, including Web, Raising Fear, Agnosia, Lost Gorbachevs, Hospital Psiquiátrico, Bal-Onirique, and Assassiner, among many others. But recently these Portuguese metal veterans of the original Genocide have reunited under the name Grindead. In March of this year Larvae Records released the first fruits of this reunion, a six-track self-titled demo, in a now sold-out tape edition (but still available digitally at Bandcamp). And today we proudly present an official video for the first of those tracks (following a bludgeoning, battering, swarming Intro) — “Turn Black“. END_OF_DOCUMENT_TOKEN_TO_BE_REPLACED