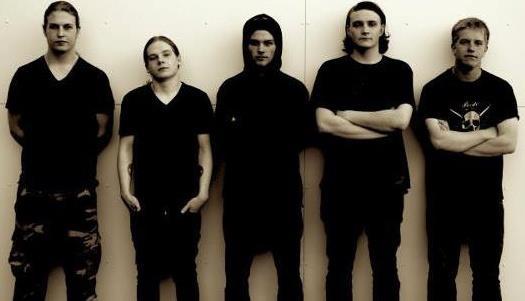 This is the third of today’s three single-song posts. I realize that when I started today’s series I said all three songs would be new ones from bands I already knew about, but that’s not the case. I didn’t intend to lie, but I found another song I need to share, and it’s from a band I only discovered today.

The band is Gruesome Glory and they’re from Iceland. Just a few days ago, they added a new song to their SoundCloud page called “Consuming the Anti-Life Equation”, and it’s one hell of a song. The band is relatively young as are its members, but don’t let that fool you. “Consuming the Anti-Life Equation” is technical death metal, but (to quote a recent snarky comment we received about a different band), the music is NOT “mindless wankery”.

True to the band’s name, it’s gruesome, largely thanks to the cadaverous vocals, and yes, it’s full of jabbing riffs, rapidly slithering arpeggios, and other forms of flashy fretwork. But it also has some funk, some groove, and plenty of low-end heft, plus some sweet bass-work. This is making me think of Pestilence. END_OF_DOCUMENT_TOKEN_TO_BE_REPLACED