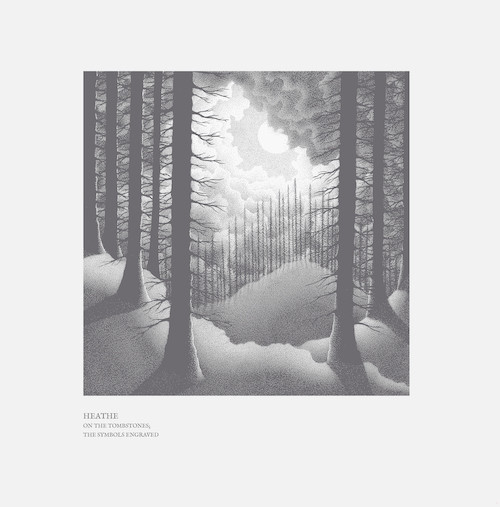 On May 30, 2019, Wolves and Vibrancy Records will release the debut album of Heathe, a project born in Aalborg, Denmark, with a core of a single individual and an ever-changing line-up. The album, entitled On the Tombstones, The Symbols Engraved, is colossally heavy and about as physically compelling in its massive rhythms as anything you could find. It’s also intensely disturbing and disorienting, capable of making mincemeat of your brain and clawing at your emotional well-being at the same time as it metaphorically pounds the hell out of your body.

The album is a single 38-minute track composed of different repeating sequences which flow into each other. You can pick out elements of doom, black metal, and noisy hypno-rock in this evolving hybrid of corporal punishment, emotional abrasion, and mental hallucination, but everything is united in a way that makes the music seem to have been borne this way in an instant, rather than cobbled together from disparate pieces. To be carried away by it, without losing interest, is a natural reaction despite how harrowing the music becomes, even though it takes a while to recover from the whole trip. END_OF_DOCUMENT_TOKEN_TO_BE_REPLACED