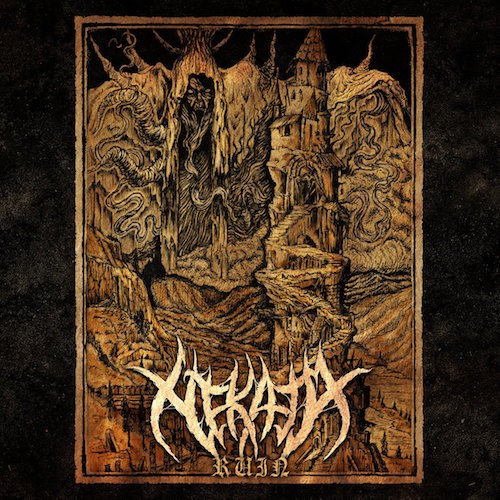 We have a rare Saturday premiere for you, and we fervently hope that word of it will spread like wildfire despite the fact that people seem to spend less time browsing for new music on weekends than during weekdays. The name of the track is “Psalm” and it’s one of six songs on the debut album by a Russian death metal powerhouse called Hekata.

Following the release of a debut EP (Dirge) and some line-up changes, these three men and one woman are now based in Saint Petersburg, where they’ve crafted a staggeringly powerful album in which elements of black metal and crust have been woven into a titanic death metal framework. Entitled Ruin, it will be released on October 27th by a consortium of three labels: Satanath Records (Russia), More Hate Productions (Russia), and Hecatombe Records (Spain). END_OF_DOCUMENT_TOKEN_TO_BE_REPLACED