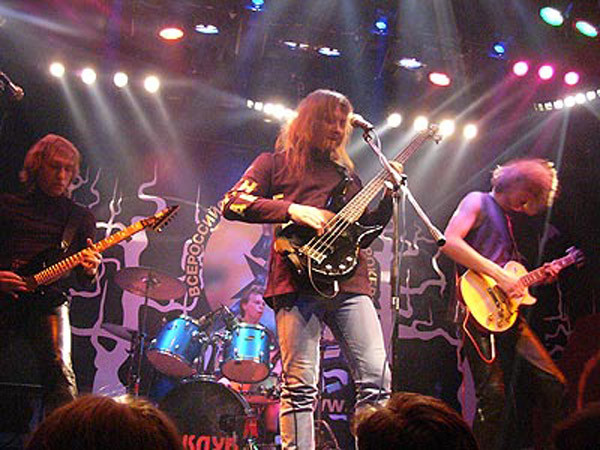 (In this 43rd edition of The Synn Report, Andy Synn reviews the discography of the sadly departed Russian band Heironymus Bosch.)

Are you a fan of Tech Death? Or Progressive Death Metal? Bands with a Schuldiner-esque grasp of futuristic fretboard faculties that blur the lines between the two and stretch the boundaries of what can be done within the genre? Then this one, my friend, is for you…

Now I’m afraid I can’t take credit for discovering this wonderful little band on my own, as that must go to Mr. Andrew Workman, the fleet-fingered bassist for both my own band and for Taken By The Tide, who, while driving to play a show in Bristol last year, calmly turned to me and said the immortal words, “Did I ever play you any Hieronymus Bosch?”

He hadn’t. But now I’m damn glad he did.

Because Hieronymus Bosch were a fan-fucking-phenomenal Progressive/Technical Death Metal band from Russia who produced three albums of viscerally heavy, virtuoso complexity before their eventual dissolution in April 2010, leaving behind a little-known legacy of amazingly intricate, astronomically implausible riffs, belligerent, barking vocals, sinuous fretless bass work, and drumming that was the very definition of “superior”.

There’s no doubt in my mind that – were it better known – this is the sort of stuff that would leave Michael Keene green with envy, and have Gorod eating their berets out of sheer jealousy. The sort of stuff that belongs in the Progressive Death Metal hall of fame alongside such luminaries as Death, Cynic, and Sadus. It really is that good. END_OF_DOCUMENT_TOKEN_TO_BE_REPLACED