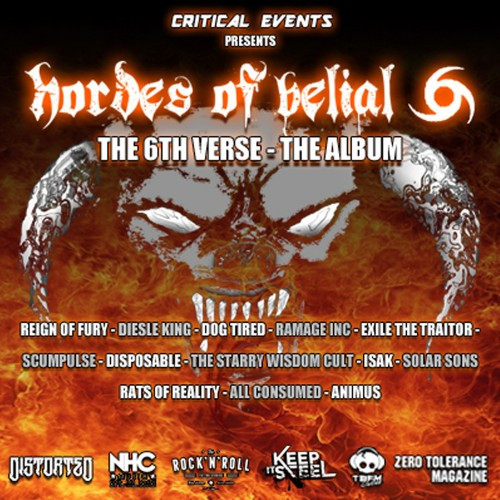 My UK-based comrade Andy Synn alerted me to an event and an accompanying music compilation that he and I thought would be worth your attention. First, the event:

On September 26, 2015, a festival called Hordes of Belial will have its 6th Verse — its sixth installment since the festival began in 2010. It will take place at Beat Generator Live in Dundee, Scotland, and it will feature 15 extreme metal and hard rock bands on two stages.

To help promote the festival, its organizers (Critical Events) have released a “pay what you want” digital compilation featuring music by 13 of the bands set to appear this year. The music spans a range that includes thrash, death/sludge, prog, brutal death, doom, and other genres as well. END_OF_DOCUMENT_TOKEN_TO_BE_REPLACED