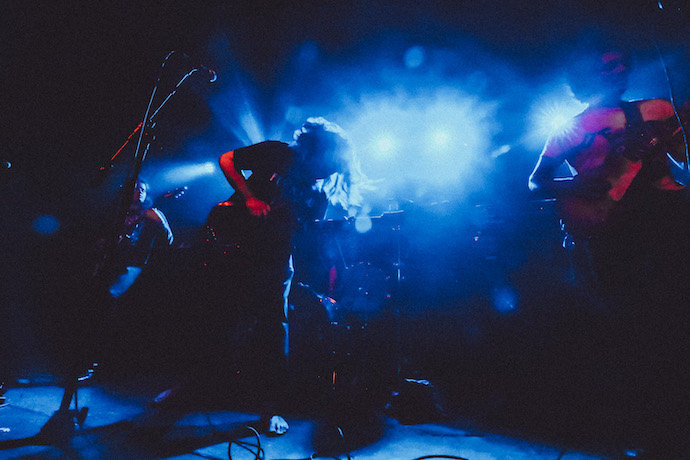 In November 2019 Magnetic Eye Records celebrated its first decade of existence by hosting the “Day of Doom” label showcase at Brooklyn’s Saint Vitus Bar. That event featured nine bands on the label’s roster performing back-to-back, and the four headline sets were captured live by engineer Chris Johnson (Deafheaven, Summoner). On December 11th, Magnetic Eye will release those recordings in a series of four records entitled Day of Doom Live, each one devoted to the headlining shows from a year ago at Saint Vitus Bar.

The bands featured in the series are Elephant Tree, Domkraft, Summoner, and the Australian sludge-metal destroyers in Horsehunter, whose discography includes two full-lengths so far, 2014’s Caged In Flesh and their self-titled album released in 2019. Today we present one of the live tracks from Horsehunter’s Day of Doom Live release, and it proves that the band are just as devastating live as they are on their studio recordings — maybe more so. END_OF_DOCUMENT_TOKEN_TO_BE_REPLACED