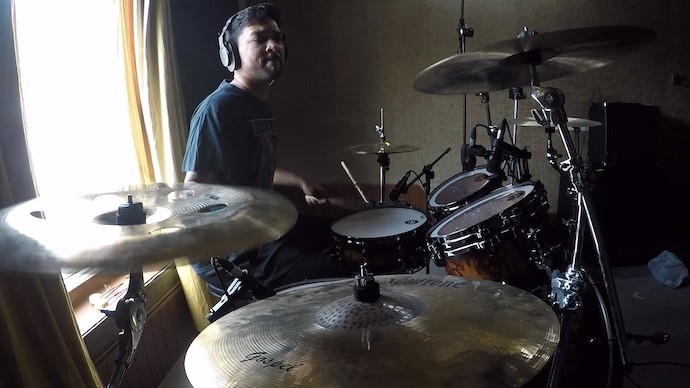 In the summer of 2017 the Indian metal band Hostilian released their debut EP, Monolith, and now they’re just roughly two weeks away from the release of a second EP, this new one entitled Catalyst. It’s a four-track affair exploring dark themes concerning the human condition, in which the worst of our instincts are also seen as the most indomitable, driving us to become a catalyst for the ultimate destruction of life on Earth.

The new EP’s closing track, “Regressive Instincts“, is the subject of a play-through video featuring Hostilian drummer Rajiv Kumar, and it’s our pleasure to premiere it today in advance of Catalyst‘s January 18 release. END_OF_DOCUMENT_TOKEN_TO_BE_REPLACED