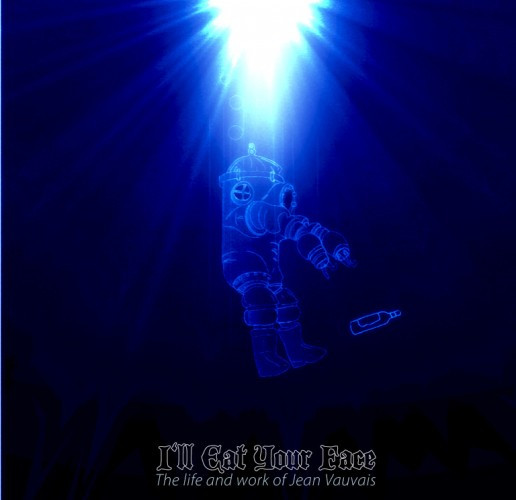 (We are honored to bring you this review, epitaph, and fictional imagining from Professor D. Grover the XIIIth in honor of the last gasp of Ireland’s I’ll Eat Your Face.)

Greetings and salutations, friends. Your Esteemed Professor has returned, albeit briefly, to mourn the passing of a personal favorite band, that dastardly Irish prog/grind duo known as I’ll Eat Your Face. A few of you, peering back through the mists of time to the heyday of The Number Of The Blog, will recall that the band’s 2010 release Irritant appeared, almost from the æther, and promptly seized the top spot on my year-end album list. Since that day, I have kept in touch with The Boy and Barrytron, the two miscreants whose cartoonish musical misadventures fill the brief discography of I’ll Eat Your Face, and thus was saddened to receive notice from the both of them that they were laying their project to rest and going their separate ways.

Now, I suspect this won’t be the last that we hear from these fanciful lads. Barrytron is, to my knowledge, still manning the skins in [r]evolution of a sun and also drumming for the delightfully odd StreisBAND, a hardcore band that does Streisand covers with only drums and vocals. And The Boy, well, he’s currently pursuing his PhD, but I suspect that he may pick up his guitar again somewhere down the line. END_OF_DOCUMENT_TOKEN_TO_BE_REPLACED