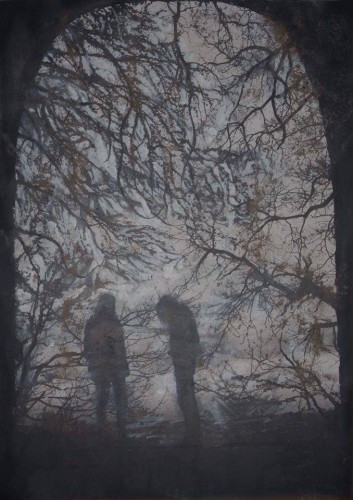 Tongues are a duo from Aarhus, Denmark. Their debut EP Thelésis Ignis was released last year by I, Voidhanger Records, and they’re now at work on their first full-length album, which I, Voidhanger hopes to release in 2016. In the meantime, Tongues have posted a new song named “Golden Crown of Death” to their Bandcamp page as a “name your price” download. It will appear on a vinyl compilation entitled Roam The Streets II: Fuck You – We’re From Aarhus, to be released in December by VoxHall. END_OF_DOCUMENT_TOKEN_TO_BE_REPLACED