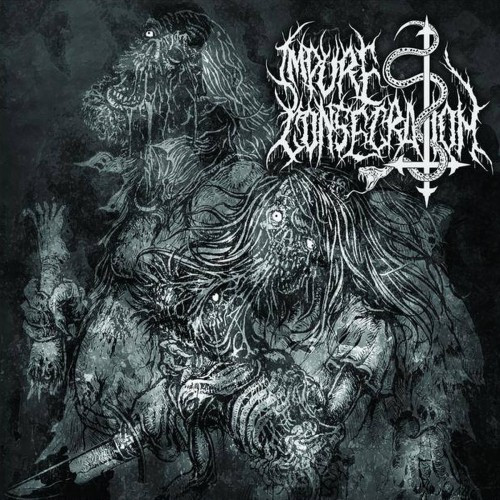 To begin this quartet of treats, we have a California band named Impure Consecration. They’ve been in the news recently because of a new 7″ EP named Succumb To Impurity Fire released (here) by Blood Harvest Records at the end of July. However, in January of this year they also released a previous EP entitled Consumed By the Venomous Curse, and that’s the one that first drew me to the band. END_OF_DOCUMENT_TOKEN_TO_BE_REPLACED