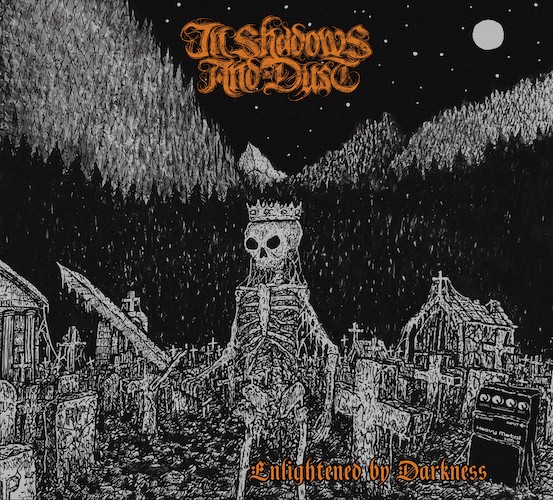 In 2015 the French one-man band In Shadows and Dust began what has become an annual album-release cycle, each one appearing on the 21st of December, and the cycle will continue this year as Redefining Darkness Records will release the project’s fourth full-length on the winter solstice, the day of least light in the Northern Hemisphere. Its title is Enlightened By Darkness.

The band’s name suggests gloom and decay, and when coupled with the chosen release date and the album’s name itself, you might expect music in which melancholia and doom reign over a sepulchral soundscape of frigid wastelands. What you will find instead, in the lyric video we’re premiering today for the new album track “Revenge“, is an explosively savage shock-and-awe campaign. END_OF_DOCUMENT_TOKEN_TO_BE_REPLACED