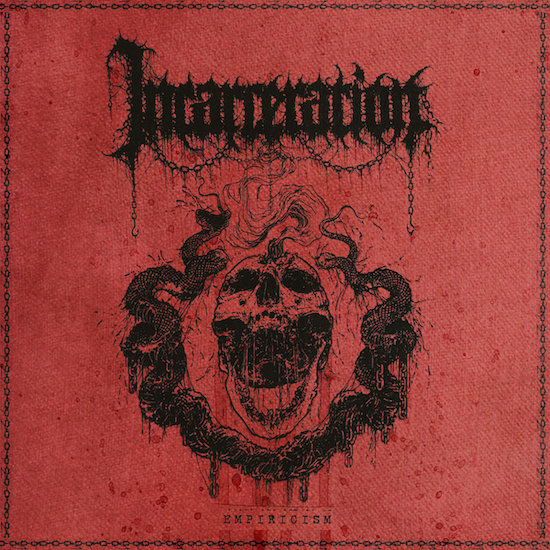 The part-Brazilian, part-German death metal band Incarceration have compiled a discography that includes a pair of splits, an EP, and a 2016 debut album named Catharsis. To that collection of releases they are now adding a new EP entitled Empiricism that’s set for release on Friday of this week (April 16th) by Dawnbreed Records.

On this newest effort the band’s core duo of Daniel Silva (who performs vocals and bass on this release) and Michael Koch (drums) are joined for the first time by guitarists Pedro Capaça (Violator) and Alex Obscured (Speedwhore, Obscured by Evil). Whether for that reason or others, the band seem to have thrown themselves without reservation into the most furious and unhinged side of their sound.

And thus, as you’ll discover through our full streaming premiere today, the new EP generates adrenaline-fueled mayhem with explosive, savage power, although that ruthless, visceral intensity is accompanied by spectral leads and coruscating solos that generate a frightening aura of the occult. END_OF_DOCUMENT_TOKEN_TO_BE_REPLACED