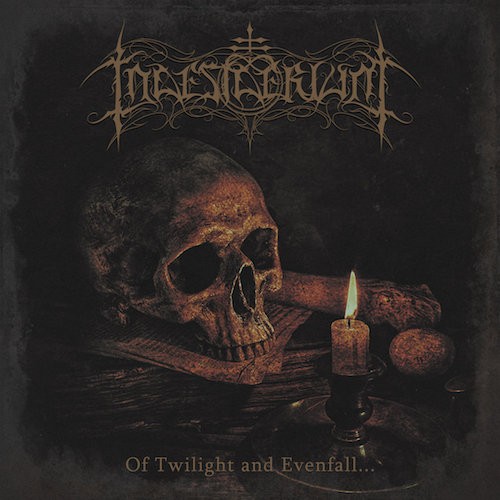 “The Conqueror’s Return” is the name of the song by the California black metal duo Indesiderium that we bring you today. The music’s mid-paced momentum and the almost stately cruelty of the riffs is consistent with the august occasion suggested by the song’s title, but you also powerfully sense in the music that there is blood on this conqueror’s hands that won’t wash off, and a smell of death in his nostrils that won’t go away.

“The Conqueror’s Return” comes from Indesiderium’s new album Of Twilight And Evenfall​.​.​., which will be released by Satanath Records on October 30th. On this album, the core duo of vocalist/guitarist/bassist Atrum Lorde and drummer/keyboardist Mattias are joined by guest lead guitarist Hell Messiah from the US death metal band Gravehill. END_OF_DOCUMENT_TOKEN_TO_BE_REPLACED