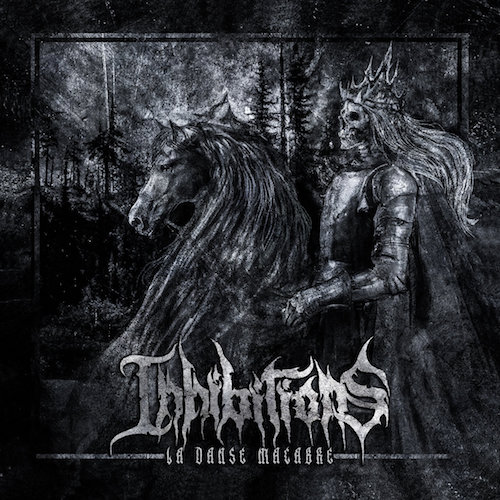 The symphonic Greek black metal band Inhibitions was founded in 2008 and since then have released an initial demo, an EP, and two albums. Their third full-length, La Danse Macabre, is now set for release on January 13th by Satanath Records (Russia) and Ira Aeterna (Italy), and today we bring you the third single to be released from the album before its full manifestation next month. The name of the track is “My Journey To Death“.

I had heard the phrase “Danse Macabre” numerous times in the past, but it occurred to me in writing this premiere that I had forgotten whatever I once knew about its origins. Thanks to The Font of All Human Knowledge, I am now reminded that “The Danse Macabre (from the French language), also called the Dance of Death , is an artistic genre of allegory of the Late Middle Ages on the universality of death: no matter one’s station in life, the Dance Macabre unites all”. And so it does. END_OF_DOCUMENT_TOKEN_TO_BE_REPLACED