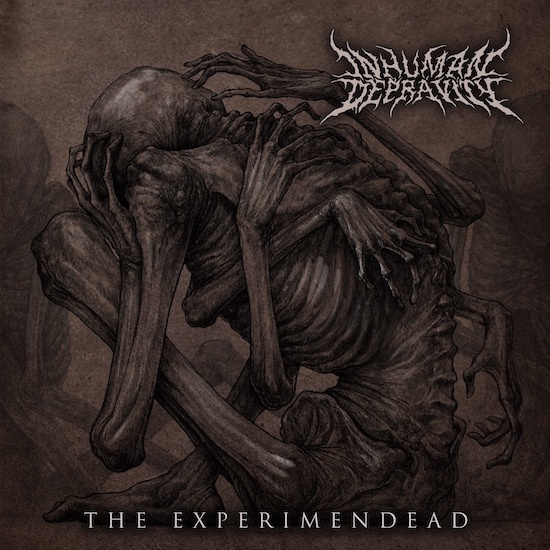 Let’s be honest: the Turkish band Inhuman Depravity are in a challenging place musically, and they consciously and confidently put themselves there.

They’ve chosen to embrace an old-school amalgam of technical/brutal death metal obviously influenced by the likes of Severe Torture and Deeds Of Flesh, Disavowed and Suffocation, Brutality and Sinister. They drop those names themselves. Those bands cast long shadows, and to stand in them risks remaining hidden, out of the light, because this style is so established and has been done so well before.

But even acknowledging the risks, it’s hard to fault the band for their choice of musical lineage. For one thing, this kind of music hasn’t gone out of style despite its age — people still hunger for it. For another, Inhuman Depravity are really fucking good at what they do. We’ve got the evidence of that today, through our premiere of the first advance song from the band’s forthcoming second album The Experimendead, which is Inhuman Depravity‘s first new music in a long seven years following their debut full-length. END_OF_DOCUMENT_TOKEN_TO_BE_REPLACED