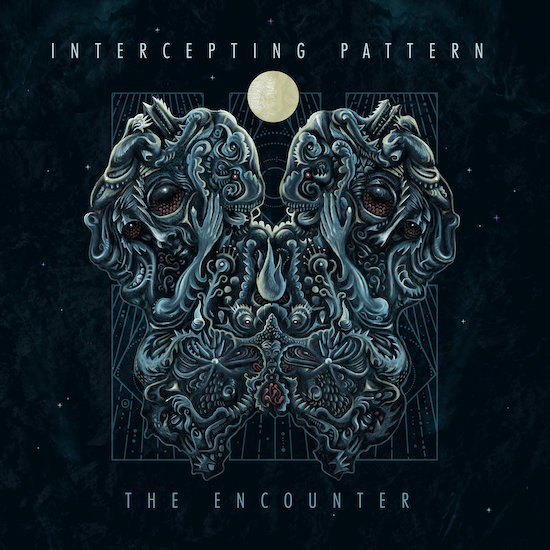 As a listener, there is more than one way you might envision in your mind’s eye the wondrous musical excursion of Intercepting Pattern‘s debut album The Encounter. Perhaps you’ll think of being aboard a spacecraft traversing the solar system, or tunneling through a wormhole to locations vastly beyond our home system. Or maybe you’ll conclude that the trip isn’t bounded by any dimension of “reality”, extraterrestrial or not. There is, after all, a track named for the prince of demons. Or perhaps you’ll think of being suspended in the transitional state between wakefulness and sleep, experiencing lucid dreams or bizarre hallucinations (there’s another track named for that state of threshold consciousness).

I thought of all those things, but also remembered two other things. One of those memories was Rod Serling‘s repeated introduction to his famous TV series (I’ll come to the other memory at the end of this introduction to our premiere of the album):

“There is a fifth dimension beyond that which is known to man. It is a dimension as vast as space and as timeless as infinity. It is the middle ground between light and shadow, between science and superstition, and it lies between the pit of man’s fears and the summit of his knowledge. This is the dimension of imagination. It is an area which we call… the Twilight Zone.” END_OF_DOCUMENT_TOKEN_TO_BE_REPLACED