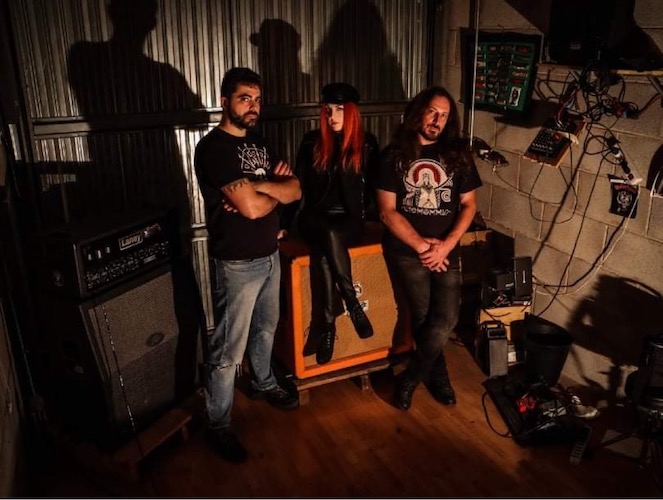 The Roman sludge/doom band IO chose their name with well-calculated intent, taking for themselves the appellation of the moon of Jupiter which is both the most dense of all moons in the solar system and, with more than 400 active volcanos, the most geologically active object in our system. It produces massive sulfurous plumes that climb hundreds of miles into the sky as well as gargantuan magma lakes, and it’s home to mountains higher than Everest. Keep those features in mind as you listen today to IO‘s debut album, Fire.

The album will be released tomorrow — May 21st — by one of the prime purveyors of ultra-heavy music, Argonauta Records. Not for naught does Argonauta describe the music as “hazy yet blistering”, a sound that “equals a cosmic trip into volcanic space dimensions, and without any doubt owns its parallels to an entire moon”.