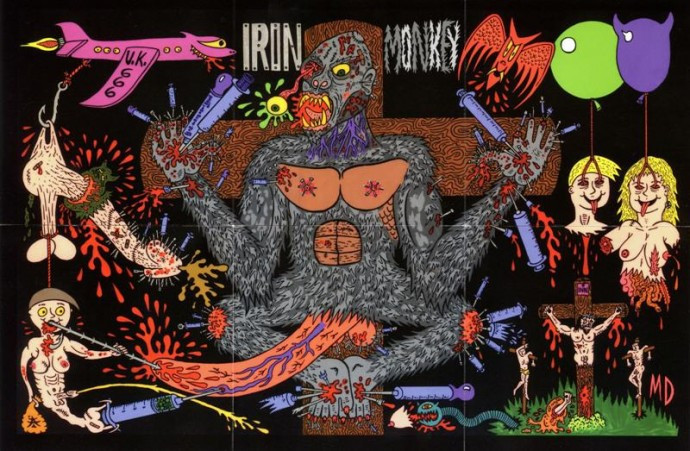 (Our supporter xBenx has compiled a series of guest posts, this being the third installment. Each one focuses on a different band that he fears may have been overlooked by the masses, and today the spotlight is on Iron Monkey.)

These barbaric English lunatics gave the world a severe beating in the late 90s. Had it not been for the unfortunate passing of Jonny Morrow (RIP) in 2002, they may have even returned to take on Eyehategod for the sludge crown. I know that’s fighting talk, but Iron Monkey were a genuinely fierce up-and-coming contender, underpinned by glistening layers of deliciously thick riffs and Morrow’s tortured vocals. They even made the songs memorable, albeit as sadistically as possible.

I think the artwork from their second album Our Problem encapsulates their putrid spirit majestically; obnoxious, provocative, deliberately vulgar, but so enticing that you cannot restrain yourself from gazing a little longer. END_OF_DOCUMENT_TOKEN_TO_BE_REPLACED