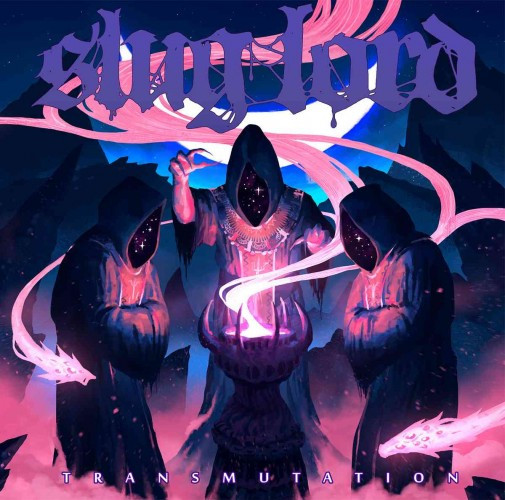 (Our Russian contributor Comrade Aleks is back with yet another interview, this time with J.Luoto, the drummer of Finland’s Slug Lord.)

Let me introduce you to Slug Lord of Finland. This band have played bloody sinister sludge’n’stoner doom tunes since 2010, yet they had a long break after release of their self-titled album in 2011 because of some line-up changes. Anyway, their second full-length Transmutation was released literally a month ago and J.Luoto (Slug Lord’s drummer) found some time to discuss details about the new album.

Thanks for asking! We’ve just received our latest album’s batch from press and are getting ready to send them to all the crazy folks who pre-ordered it.

Let us start with that old ’n’ good question about the band’s origin – what are the main milestones of Slug Lord?

We’ve known each other since childhood and played shit together for years. On the ruins of some less serious band projects we formed a doom band. During some intense listening and jamming songs of bands like Pentagram, Electric Wizard, Acid King, and Witch, we gave birth to Slug Lord. Within this genre we found the ways to express our musical ambitions as a unit and in the loudest and heaviest way we could. Then we recruited the singer Johanna Rutto, recorded the first self-titled album with her, and also made a few gigs. After her departure we’ve been more than happy with the original trio lineup and continued the path with a passion for playing live and making more records. END_OF_DOCUMENT_TOKEN_TO_BE_REPLACED