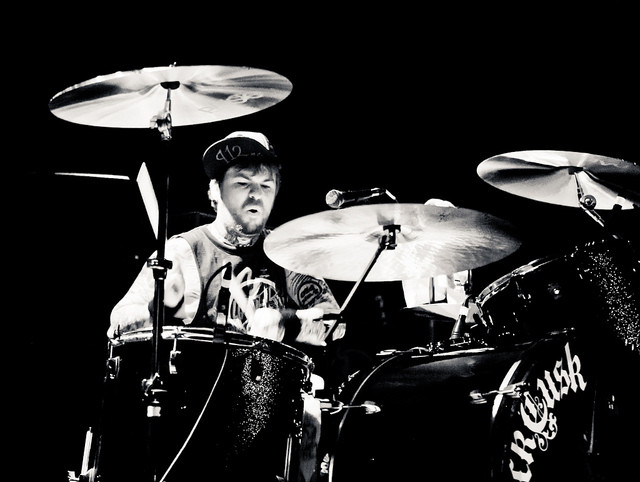 (In this interview conducted late last year, NCS writer BadWolf caught up with James May of Savannah, Georgia’s Black Tusk, whose 2011 album Set the Dial is a hell of a thing. In addition to a full touring schedule, the band also played the inaugural Metal Suckfest in New York City last November (reviewed by BadWolf here), and the live photos accompanying this interview except for the one abovewere taken at that show for NCS by Nicholas Vechery.)

BW: How are you feeling about the set you played at Suckfest?

BT: It was good. You could tell it was the first fest. It was a little chaotic getting stuff where it needed to be on time, but the overall turnout was good. We played the first night of the festival, so I’m sure they worked out the kinks on the second night.

BW: Have you played any other first fests?

BT: Maybe the Devilmech fest in Atlanta [Athens]. That might have been the first year.

BW: So how do the festivals compare to one another?

BT: Festivals are usually pretty uniform, that’s just the nature of the beast. There’s a lot of bands in a bunch of chaos. Everybody getting stuff to where they want it. From my perspective, they’re really fun to play, but as a touring band when you see a bunch of bands play every night, festivals just aren’t very much fun.

My girlfriend goes to music festivals all the time, and when I’m home she tries to bring me and I’m like “Dude, that’s what I do. The last thing I want to do is watch a bunch of bands all day.” I’m pretty sure everyone in a touring band feels the same way.

But I do like them—it’s a way for a lot of different people to see your band. END_OF_DOCUMENT_TOKEN_TO_BE_REPLACED