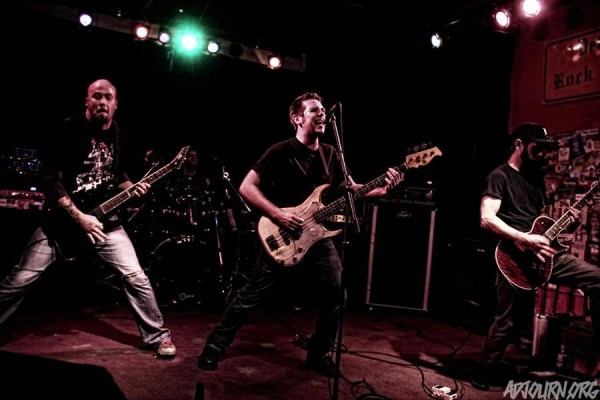 JB: All of us knew each other when we played in separate bands. I was in The Vala and Enochian, Jake [Plater] and Eric [Zwicker] in When Heroes Fail, and Toby [Dennis] in Kenshiro. Konkeror mainly formed from the ashes of Jake, Eric, and Toby’s previous band called Iliad which formed roughly in 2006 (I believe). They dissolved rather quickly after recording a demo but began writing new material after some time away in 2011. When I joined the mix in early 2012, about 80% of the music was written for The Abysmal Horizons. They weren’t completely settled on a name. I guess logically I was the final piece of the puzzle to craft the songs out with vocals and patterns. After about a month of jamming together, we went right into the studio. END_OF_DOCUMENT_TOKEN_TO_BE_REPLACED