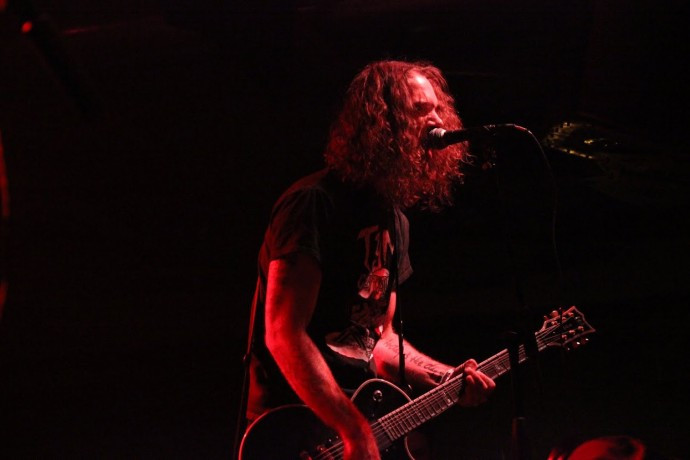 (Our man BadWolf interviews Jeff Lohrber of Enabler; he also took the photos in this post at Enabler’s show in Detroit at The Loving Touch on June 10, 2014.)

In the months since Inquisitiongate (can we agree on that as the formal term?), it seems like virtually any extreme metal band could come under fire for suspicion of racism—Dragonforce and Bölzer have both come under fire as of late, and rebuffed those accusation with varying degrees of success.

Let’s scratch one band off the suspicion list: Enabler are not racist. In a brief conversation with Jeff Lohrber, guitarist/vocalist of the three-piece crust outfit, he made that much perfectly clear, alongside talking about his love of classic rock and breaking down my favorite track on what very well might be my favorite record of the year, La Fin Absolue Du Monde.

To begin, things I didn’t notice at Maryland Deathfest: not only do you have a Today is the Day tattoo, but you have an Ohio knuckle tattoo.

What’s up with that?

Well, I’ve been in Today’s the Day three times now. I’m currently the drummer for the band, and I grew up in Ohio.

Around Dayton. I actually live back in Ohio again. We were in Milwaukee. We started in Milwaukee but we’re based out of Ohio now. We have one member who lives in Milwaukee still.

Where do you live, Dayton?

No, I live in the middle of nowhere. END_OF_DOCUMENT_TOKEN_TO_BE_REPLACED