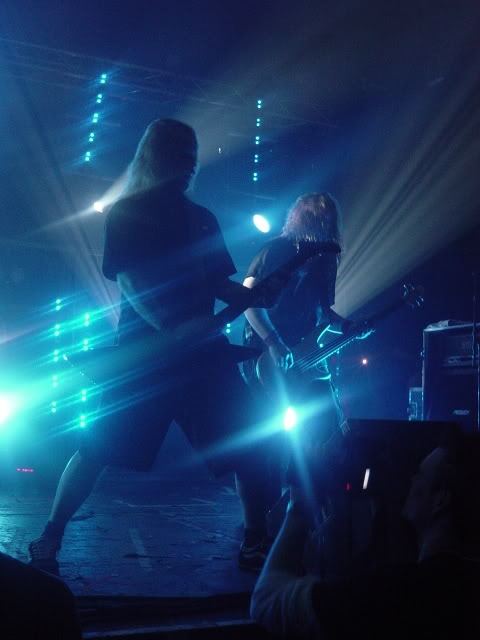 Your NCS Authors have been devoted fans of In Flames for a very long  time. We’ve seen their live shows in the Northwest every chance we get, we’ve met the band, we dig the music. So we were kinda stunned to see the news that guitarist Jesper Strömblad, who founded the group in 1993, has announced his departure:

“I have decided it is best for me to leave In Flames and to quit the band permanently. The last 17 years have been a blast, and I am proud to have been part of this great journey, with the most talented and amazing people anyone can wish to have the privilege to work with. I’m also the luckiest guy in the world, to have the BEST fans in the world, who have been supporting me during my difficult times. It means the world to me, and I’m determined to fight and defeat my demons once and for all…. and by the help from you guys, I’m on my way. I’m far from done with music, metal, or whatever my direction is taking me, so be sure to hear from me in the future.”

The remaining members of the group had the following to say:

“We are losing a great guitar player and musician, but in order to keep a very dear friend this is probably for the best. If this feels right for Jesper we are behind him 100% on his decision. It is way too early to speculate about the future and possible replacements and things like that. However, we can assure you that In Flames will continue as a band, release albums and tour the World. The door to In Flames is always open to Jesper. We are, and will always be behind Jesper 100% on his way to recovery.”

Jesper has been in rehab for alcohol abuse for the last year, though his appearance playing live with the band in December (see the video we posted here) lifted our hopes that he was headed for a comeback. All we can say now is, SHIT! This is a major league bummer. 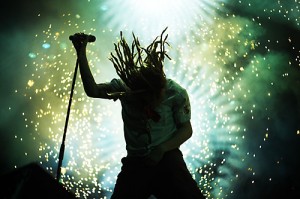 I hadn’t heard much more about this situation until today, when I saw a story that really brightened up my Sunday morning.   END_OF_DOCUMENT_TOKEN_TO_BE_REPLACED