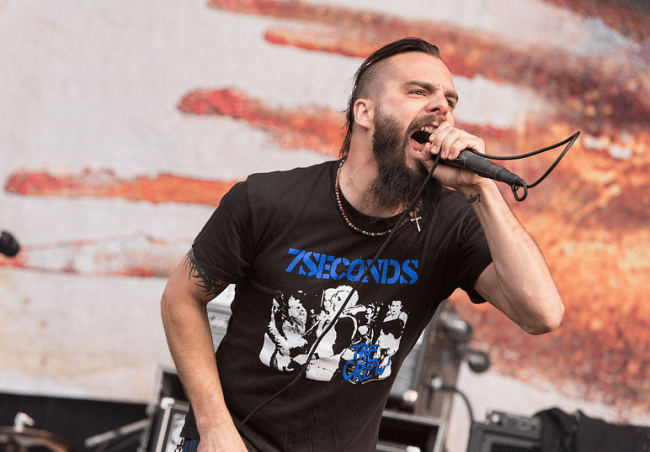 (NCS writer BadWolf interviewed Jesse Leach, who was the original vocalist of Killswitch Engage and returned to the band this year after a decade-long separation, following the departure of vocalist Howard Jones. In 2011, he recorded an album under the name Times of Grace with Killswitch bandmate Adam Dutkiewicz.  Killswitch are now in the midst of an anniversary tour, with a new album on the way.)

–This interview appears courtesy of the Toledo City Paper.

It’s been a long journey for Jesse Leach in the past ten years. Shortly after recording the vocals on Killswitch Engage’s sophomore LP, Alive or Just Breathing, he parted ways with the band, citing vocal cord and emotional difficulties.

Alive or Just Breathing turned out to be a classic. The late-career revivals of Carcass, At The Gates, and melodic death metal as a whole, probably had a lot to do with Killswitch re-introducing the genre in an Americanized context. To this day, new bands use its basic structure of melody, hardcore beats, and good cop/bad cop vocals, as a template.

After his triumphant run on the short Times of Grace tour, Leach is back in Killswitch, and the band is about to embark on an anniversary tour, playing Alive or Just Breathing from end to end. After ten years of struggle, things might be looking up for Boston’s most unlucky screamer. As he said to me: everything happens for a reason.

The deck turns around. END_OF_DOCUMENT_TOKEN_TO_BE_REPLACED