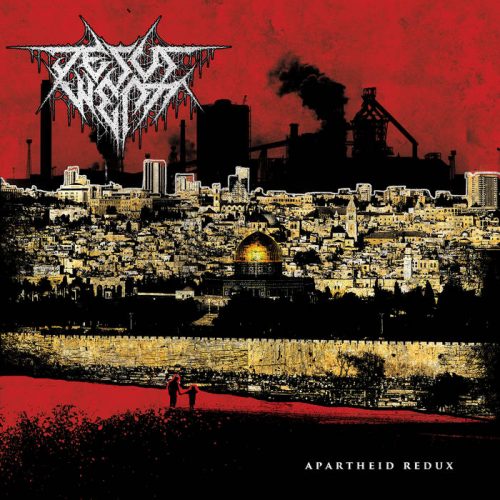 (This is Andy Synn‘s review of an expanded EP by the Detroit band Jesus Wept, released by Redefining Darkness Records on August 21st.)

Let’s make one thing clear. Apartheid Redux is, as you might have guessed from its name, not a totally new release, even though this is the first time it’s being featured here.

As a matter of fact four of these six tracks (glossing over, for now, the fun but disposable WASP cover which appears on some editions) were first heard on Jesus Wept’s appropriately crush-tastic and catchy-as-hell debut EP, Crushing Apartheid.

But, thanks to Redefining Darkness Records, who recently decided they’d be the ones to pluck the group from relative obscurity, the music from that record, along with two additional (and similarly killer) tracks is finally getting a much-needed and well-deserved wider release. END_OF_DOCUMENT_TOKEN_TO_BE_REPLACED