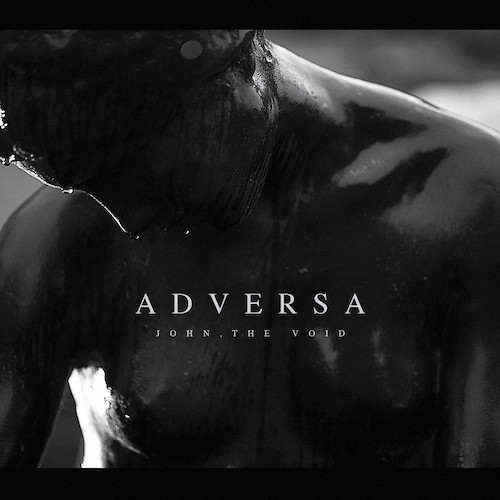 In their first two releases, a self-titled EP in 2014 and an album entitled II in 2016, the Italian band John, the Void explored conceptual themes rooted in science-fiction and visionary experiences. Their new album, III Adversa, follows a different path. As they have described, each track represents a different feeling, “based on a more-concrete sense of despair, where the human kind must face the irreparable sense of helplessness against the fate, the pain, the loss, the guilt, and the exhausting war to conquer a moment of peace”.

In manifesting such struggles through sound, the band have drawn upon ingredients from catastrophic sludge, post-black metal, and doom, with careful use of electronic accents. It’s not “easy listening”. Like the ever-present and immutable experiences of human existence that inspired these songs, they are instead intense, often harrowing sensations — but they’re emotionally gripping, like strong hands that have seized the back of your neck, forcing you to look at things you might rather not see but won’t be able to ignore for very long. END_OF_DOCUMENT_TOKEN_TO_BE_REPLACED