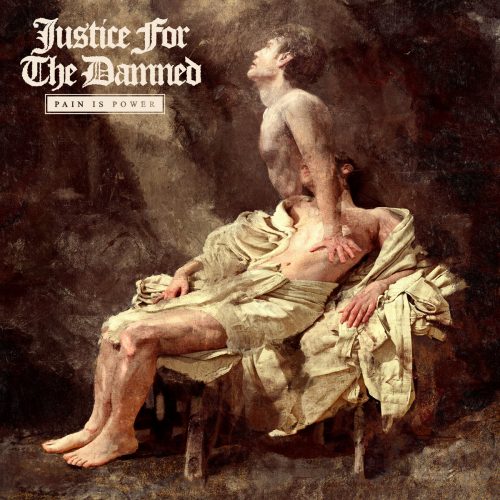 (This is Andy Synn‘s review of the new album by Australia’s Justice for the Damned, which is being released today by Greyscale Records.)

Even though I haven’t had as much time as I’d like to write reviews over the past couple of weeks, I’ve still had a fair bit of time to think about reviews – particularly why, how, and who we write for.

Let’s face it, a lot of what’s out there is little more than a regurgitated press release masquerading as a review. Either that, or so mindblowingly generic that you could cut and paste in a different band name and neither the overall content nor context of the review would really change all that much…

This latter issue is particularly prevalent on the more “brutal” end of the spectrum, as there’s only so many ways you can write about a band’s “sick gutturals” or “killer riffs” before it basically turns into a game of Extreme Metal mad-libs where the formula never changes, even if the names do.

So when it came time to write a few words about Pain Is Power, the new album from Aussie bruisers Justice for the Damned, I had to think long and hard about what I wanted to say, and exactly how I wanted to say it. END_OF_DOCUMENT_TOKEN_TO_BE_REPLACED