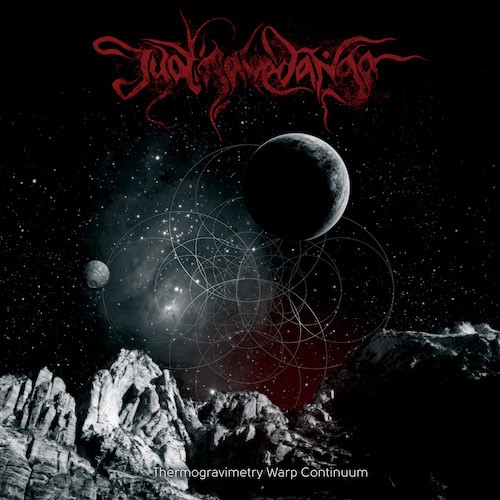 Although the subject is not free from doubt, the laws of thermodynamics can be understood to forecast a far distant future in which ever-increasing entropy leads to the heat death of the universe. Order devolves into disorder, chaos leads to extinction, and meanwhile the unexplored fifth dimension of our reality shadows the path of this lethal arrow of time.

These concepts have inspired the harrowing sounds of Jyotiṣavedāṅga, but mysticism holds a powerful attraction as well. This international entity, whose members consist of guitarist Sadist from the Indian band Tetragrammacide; H. from Russia’s Sickrites on synths, noise, and effects; vocalist AR, from the Kolkata band Banish; and Ukrainian drummer Dimitry Kim (Sickrites, Goatpsalm, Balance Interruption), is named after Vedāṅga Jyotiṣa, one of the earliest known Indian texts on astronomy and astrology. In their music and lyrics, they seek an intersection “between light and obscurity, between science and superstition, between good and evil”, a place “between the pit of all fears and the peak of all true knowledge.”

How they have done this you are about to discover. Jyotiṣavedāṅga’s new album, Thermogravimetry Warp Continuum, will be released by Larval Productions on June 6th, and now we give you the chance to hear the full album in advance of its release. END_OF_DOCUMENT_TOKEN_TO_BE_REPLACED 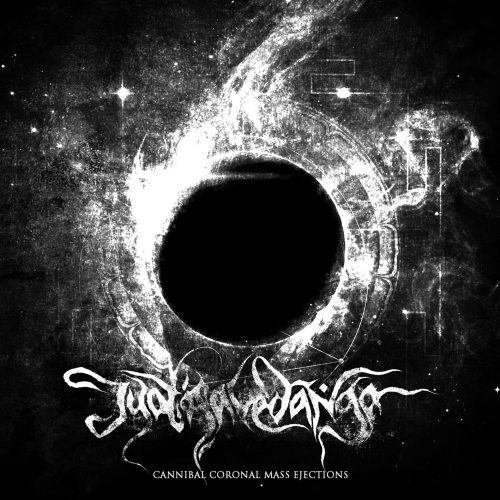 Last fall the Indian label Cyclopean Eye Productions released the debut demo of a part-Indian, part-Russian trio who chose Jyotiṣavedāṅga for their name, a name that refers to the Vedāṅga Jyotiṣa, which we’re told is one of the earliest known Indian texts on astronomy and astrology. The demo has the evocative title Cannibal Coronal Mass Ejections. Cyclopean Eye is now releasing that demo in a CD edition that includes not only the original six tracks but also one previously unreleased bonus track, which we have the pleasure of premiering today.

This newly revealed piece of audio murder is “Disintegration To Absolute Void“. Drawing upon musical ingredients that include black metal, harsh power electronics, death metal, and the dying radiations of collapsing galaxies, the song is a shattering, staggering assault on the senses. END_OF_DOCUMENT_TOKEN_TO_BE_REPLACED